1.Plug in the hot glue gun and then turn it on if it has a switch. Most turn on when you plug them in. Allow the glue gun to heat up.

2.Load a glue stick into the gun and pull the trigger. Use the new glue stick to help push out as much of the old stick as you can. If you can, push out the entire old portion and pull the new stick back out with your fingers. If you push it in too far during use, you won't be able to do this, so watch the stick and make sure it doesn't go too far.

3.Use a metal stick, such as a paperclip pulled out straight, to scrape out the nozzle of the glue gun. Do this if the glue is old and doesn't flow well. This also works to get the remaining glue out that can't be pushed out from behind. Wipe the nozzle on a paper towel to clean it off. 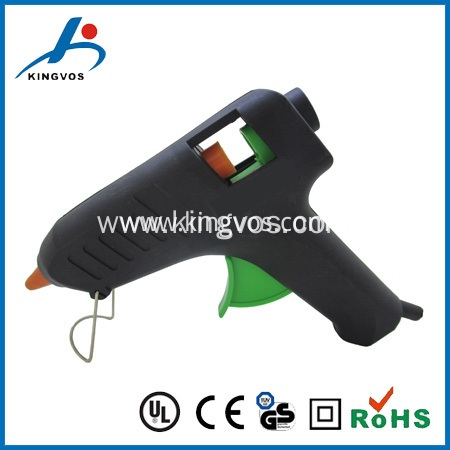 Share to:
Previous: How the glue gun works?--Kingvos Electrical

Ms. Lisa
What can I do for you?
Contact Supplier